Back to Summerlin Home Page

In the late 1980s and early ‘90s there was a push to increase the number of magnet schools in Florida. In 1999 LTC David Froberg, JROTC Senior Army Instructor for Bartow High School was scheduled to retire, and toying with his future endeavors remarked, “I should start a military school!” Army Instructor SFC Lloyd Harris agreed with the idea, stating, “It would be successful, and added the public would be receptive.” Assistant Principal Ron Pritchard, present with the two army instructors, began discussing the possible success of a JROTC magnet school, and remarked that the JROTC model of citizenship and leadership, was not
only the best, but needful for every student. He reflected, “all high school students benefit by being enrolled in the leadership course. “The next year LTC Froberg retired, and Ron Pritchard was promoted to Principal of Bartow High School.

The idea of a JROTC dedicated military school lay dormant and did not receive much attention until after early 2002 when the Charter School movement gained
momentum in Polk County. Mr. Pritchard did not let the vision of a military school fall to the wayside. In September of 2002, Bartow High School Principal Ron Pritchard asked Assistant Principal Mike Butler, and SFC Lloyd Harris to research the feasibility of a charter school and prepare a study for the purpose of opening a military school in Polk County. The group “think tank” shared ideas, vision, and a name, “Summerlin Academy” to honor the two former high schools in Bartow, Summerlin Institute and Union Academy.

In January 2003, the project received a formal evaluation by the Best in Education for Students of Today and Tomorrow (B.E.S.T..T) group and received an initial. “ go ahead.” The BESTT Association had been the support group that initiated and accomplished the founding of the International Baccalaureate School at Bartow.
After receiving the necessary commitments of support, a Summerlin Academy Charter Committee was organized, to pursue the project as a charter school, and
prepared for a July 2004 charter application submittal.

A School of Choice application was submitted June 1, 2005 and received Choice Review Committee approval on June 16, 2005. It was endorsed, in concept, by
the Superintendent on July 26, 2005. The application was then submitted for school board approval during their September 11, 2005 meeting. The project was pulled from the agenda, due to questions relating to facility, and campus needs. Alternatives were sought and on September 15, 2005 the Summerlin Committee met with the Senior Director of Facilities, Bob Williams. He discussed the possibility of using a new modular concept for Summerlin Academy’s class and building requirements. The modular classroom concept would be cost effective and prove to meet projected start up goals.

A new proposal was presented to the Polk County School Board for a final determination. The school board unanimously approved the Summerlin Academy project on November 8, 2005, officially marking that date, as Summerlin Academy’s birthday.

Approval for implementation of the new military high school was received at the February 14, 2006 school board meeting. The groundwork had been laid; additional army Instructors were appointed, office administrative staff, and new faculty were hired. The academy became a reality. LTC Mike Lentz, recently hired as the new JROTC Senior Army Instructor, insured the military education department, and Army Instructors were prepared for the transition to a military academy.

In August 2006, Summerlin Academy opened its doors. The fledgling school utilized 6 classrooms and 3 portables located on the Bartow High School Campus. The morning of August 7, 2006 was significant when 213 Summerlin Academy Cadets stepped off the buses to begin their journey in the first Cadet Corps. Mike
Butler was appointed as the Commandant (Principal) of the Academy, and JROTC Senior Army Instructor LTC (Ret) Mike Lentz was appointed as the Commandant
of Cadets. The faculty was drawn from experienced academic teachers, and professionals.

A school requirement included wearing appropriate military cadet attire, issued JROTC uniform and accoutrements, supplemented by military style classroom,
fatigue, and physical training clothing. The faculty was organized, presented honorary military titles, and issued military uniforms. Mr. Butler, and SFC Harris
wrote the school march, and implemented the historical and traditional aspects for the new military academy. SFC Harris designed the school insignias, and
incorporated the Bartow JROTC unit crest and motto, “ Possim Si Velim “ which dated to the 1920s and interpreted as, “I can if I try” which provided an
appropriate signature.

Bartow High School, International Baccalaureate School at Bartow, and Summerlin Academy merged into a three in one, or tri-part school, composed of three distinct schools at one campus under the guidance of a senior principal.

Summerlin Academy held the distinction of being the State of Florida’s first public military high school and became a model for two other schools in the state. The
school has fielded championship teams in Archery, Drill, and Rifle Marksmanship.  In addition, cadets also participate in electives and sports at Bartow High School.  The academy has witnessed three commandants since its inception; Col (Hon) Mike Butler 2006-2012; MSG, USA (Ret) Steven Cochran 2012-2018; and currently serving Dr. Cynthia Downing CSM, USA (Ret) 2018-Pres. Summerlin Academy is justly proud to have achieved certification in 2015, as a Model Leadership Academy, from the National Career Academy Coalition. The Academy has a current enrollment exceeding 500 cadets.  Summerlin graduates have created a stellar record by appointments in the military to the United States Military Academy at West Point, the Air Force Academy, Naval Academy, Merchant Marine Academy, and myriads of ROTC college appointments, and scholarships including M.I.T. (Massachusetts Institute of Technology), Brown University, and Harvard to name a few. 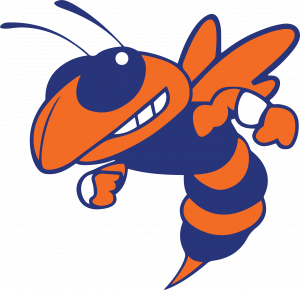